An Anna Mahler Association project with the Mahler & LeWitt Studios, in collaboration with Matthew Burdis 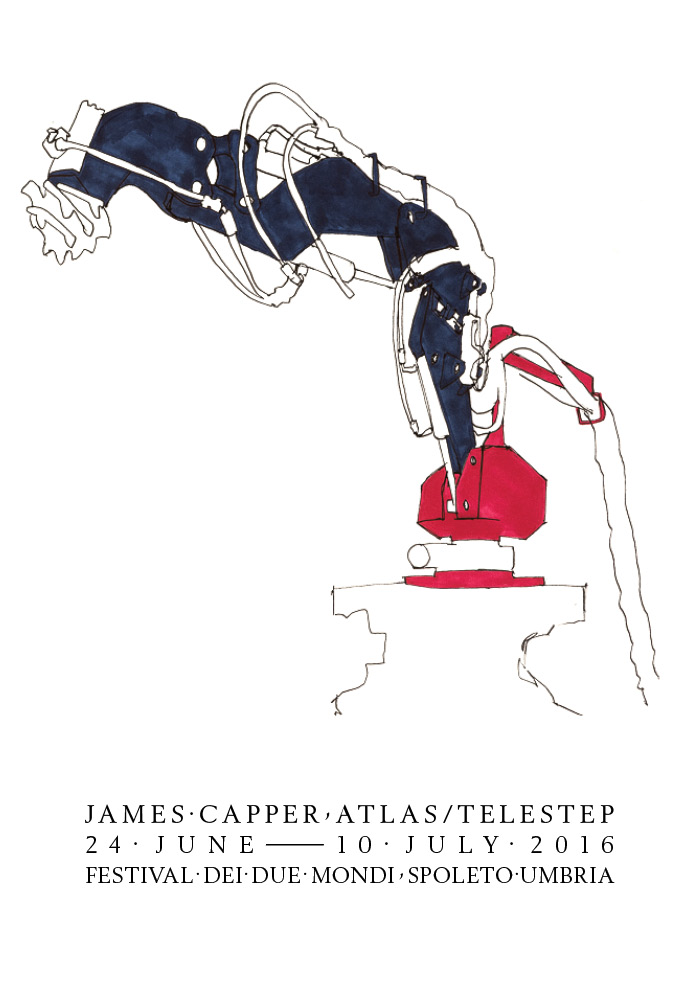 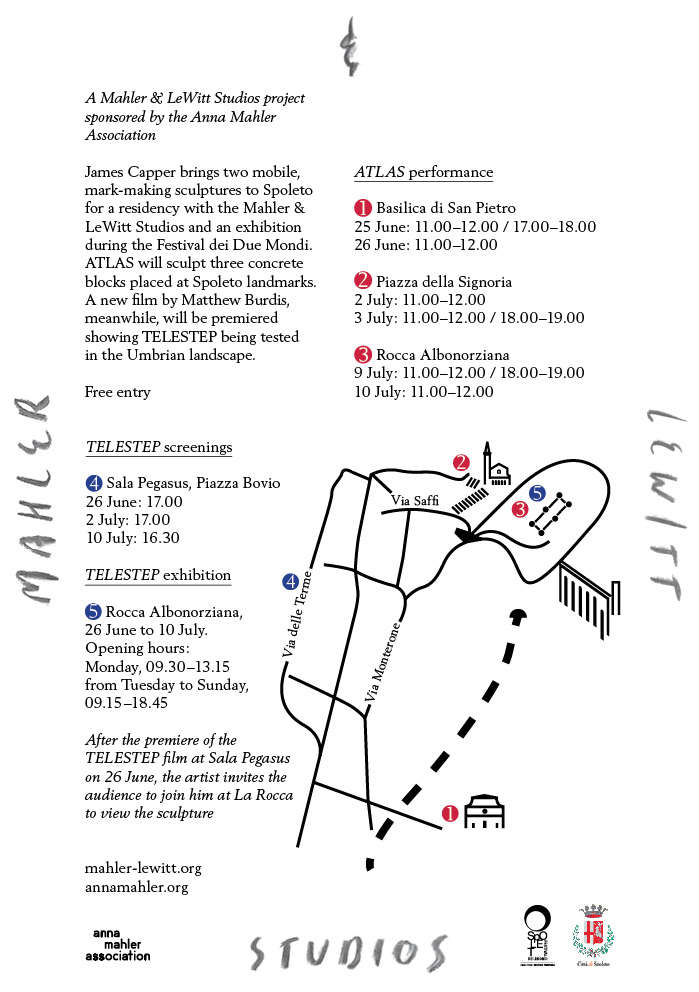 Supported by the Anna Mahler Association, James Capper brought two new sculptures to Spoleto – TELESTEP and ATLAS – for a residency with the Mahler & LeWitt Studios and an exhibition at the Festival dei Due Mondi. 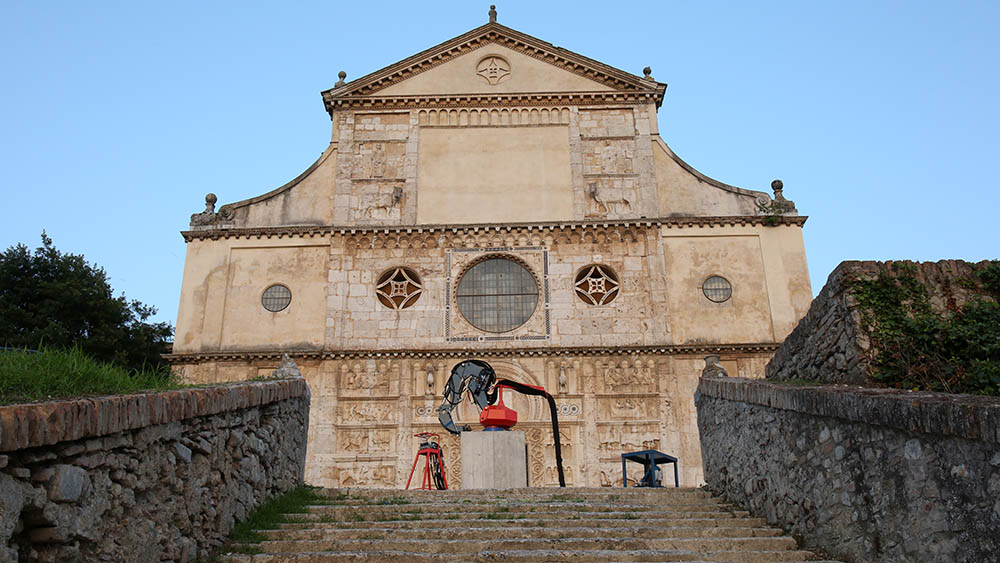 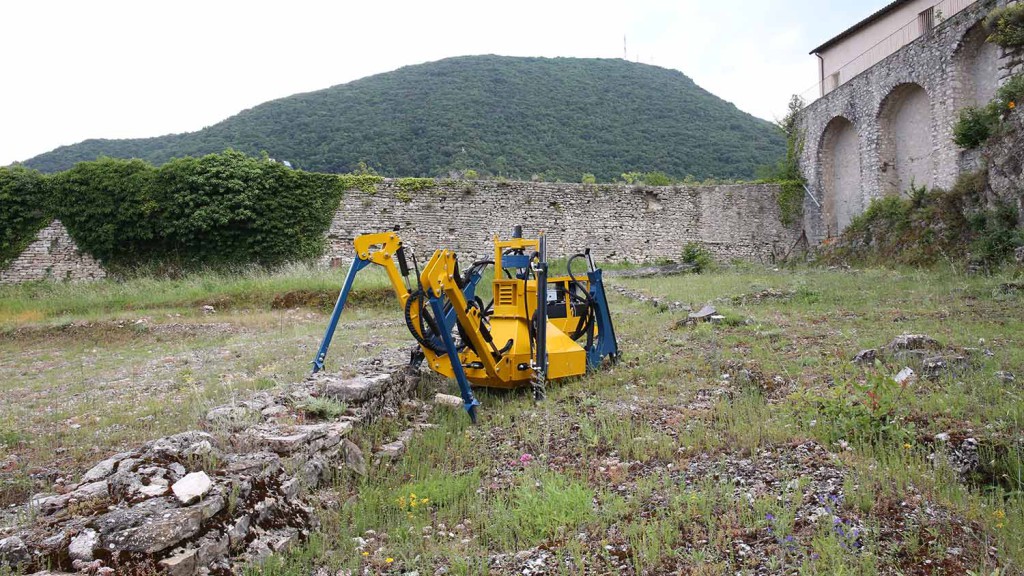 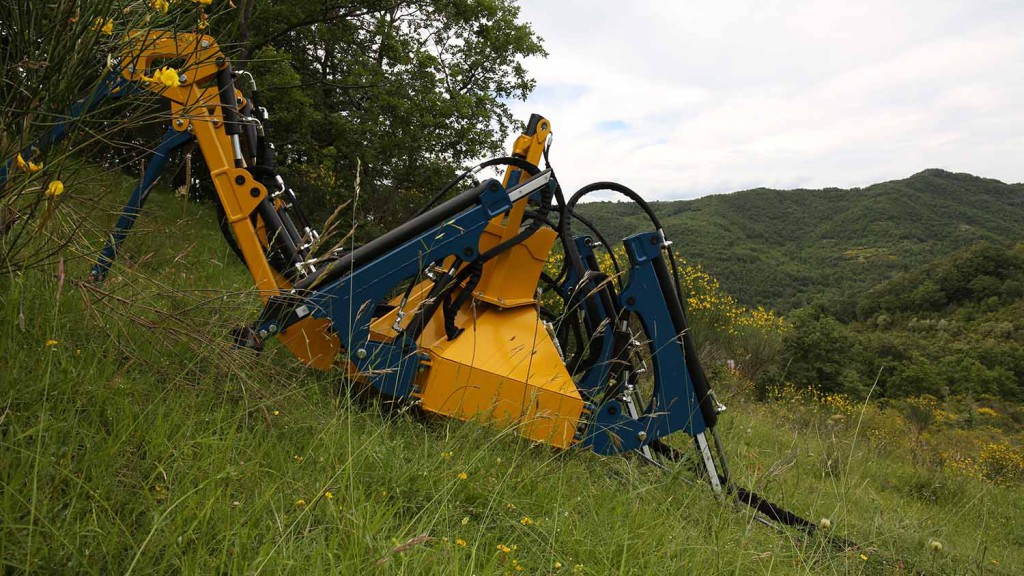 Collaborating with film-maker Matthew Burdis, James Capper brought two sculptures to Spoleto for his residency at the Mahler & LeWitt Studios and project for the Festival dei Due Mondi.

Capper tested and demonstrated TELESTEP, from his ‘mountaineering’ division of sculptures, over the course of a week in the rugged Umbrian landscape near Gubbio, Umbria. Burdis recorded it on film and screenings of the footage were then arranged at the Sala Pegasus cinema in Spoleto, formerly a church, as part of the Festival dei Due Mondi programme. A little seen documentary called ‘L’Officina di David Smith’ about the creation of the Voltri sculptures during a month long residency in Italy and their subsequent exhibition at the Festival dei Due Mondi in 1962, directed and narrated by Giovanni Carandente, was screened alongside Burdis and Capper’s new film. Smith’s work has been a major influence on Capper. TELESTEP itself was exhibited in the Malborghetto archaeological area of La Rocca for the duration of the Festival.

ATLAS (commissioned by CGP London with support from The Henry Moore Foundation, Arts Council England and The London Borough of Southwark) is a mobile sculpture which operates from a concrete plinth. Over time it carves away at this plinth using specially designed mills. During the Festival dei Due Mondi, ATLAS moved between three concrete plinths placed at Basilica di San Pietro, Piazza della Signoria and the Rocca Albonorziana. At each site it spent several days carving its plinth. The sculptured blocks remained in their locations for the duration of the Festival – either waiting for ATLAS to arrive, or showing the sculpted remains of the block on which ATLAS had already worked.

Capper’s sculptures employ the materials of mechanical engineering and the techniques of industrial design to develop the possibilities of sculpture and performance. Beginning with concept drawings, Capper designs and builds automotive machines that gouge, mark and score the materials on which they are used. They are mobile sculptures and sculptural tools in performance.

Matthew Burdis (b.1993, Newcastle, England) is a film-maker who lives and works in London. He was awarded the Landmark PLC Award for his degree show film Lindisfarne One One and runs the Chelsea Film Forum at the Chelsea College of Art & Design in London. He has recently written and directed a short film in partnership with the Institute of Contemporary Arts (ICA), London as part of the STOP PLAY RECORD program.

The Anna Mahler Association ran a residency programme in Spoleto from 2010 to 2014. It continues to explore and research the work of Anna Mahler, to support projects with its affiliated artists and is a vital contributor to the Mahler & LeWitt Studios residency program which was established as its successor in 2015. 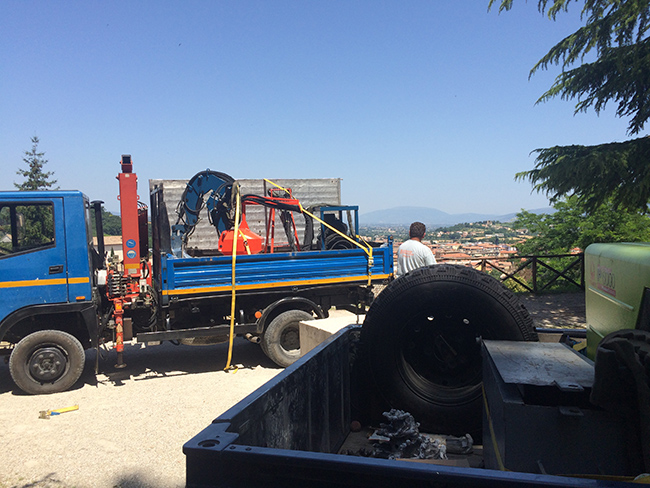 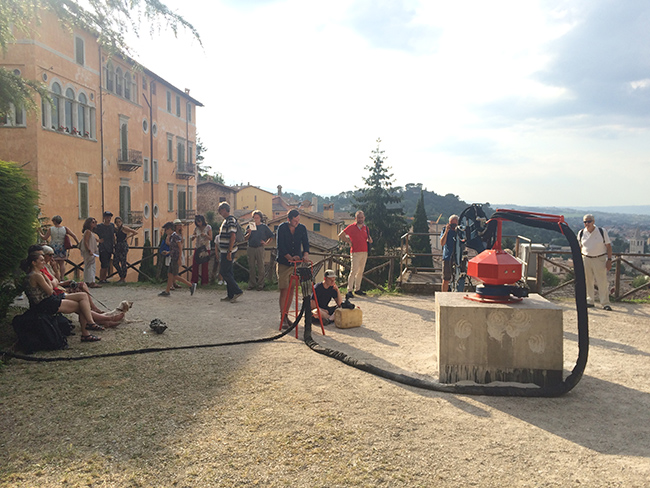 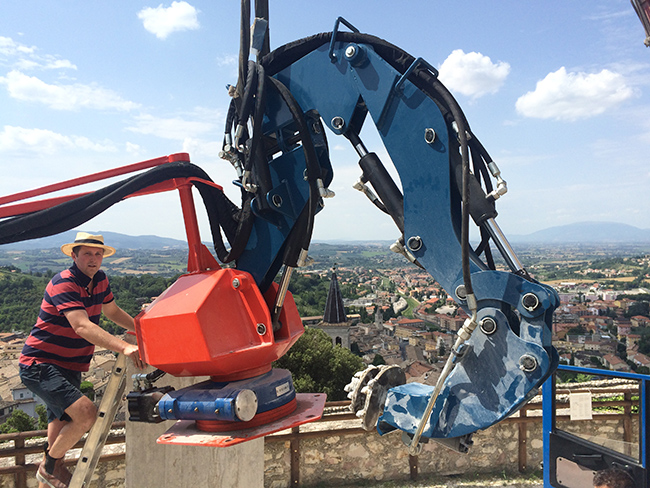 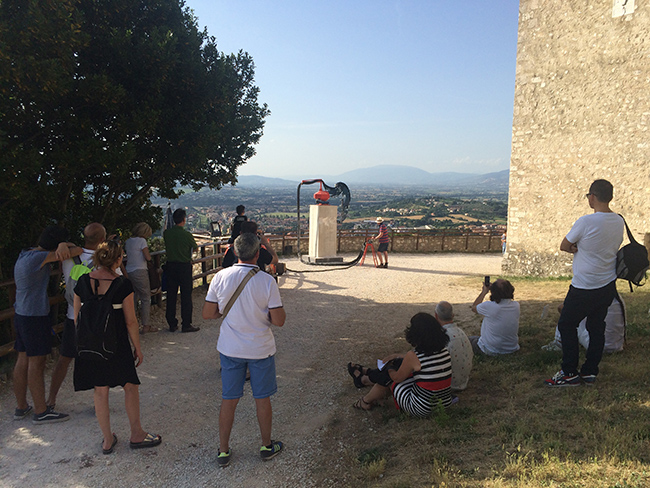 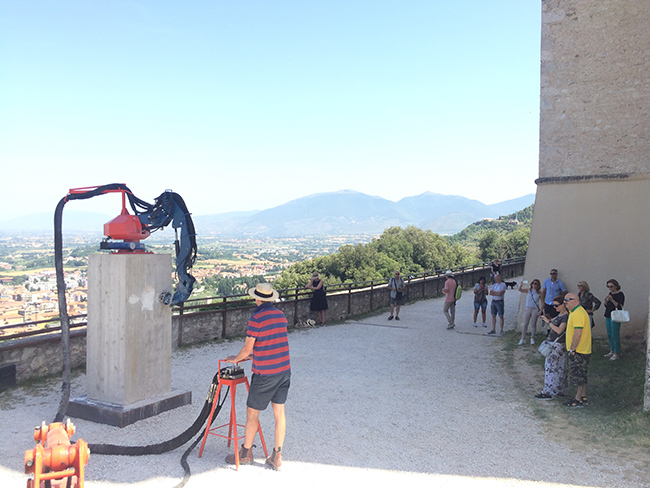