For more information about the Artists’ Books Program in September please click here>> The residency session closed with a symposium and public program. The exhibitions are re-opened on Sunday 14th October for a special viewing. 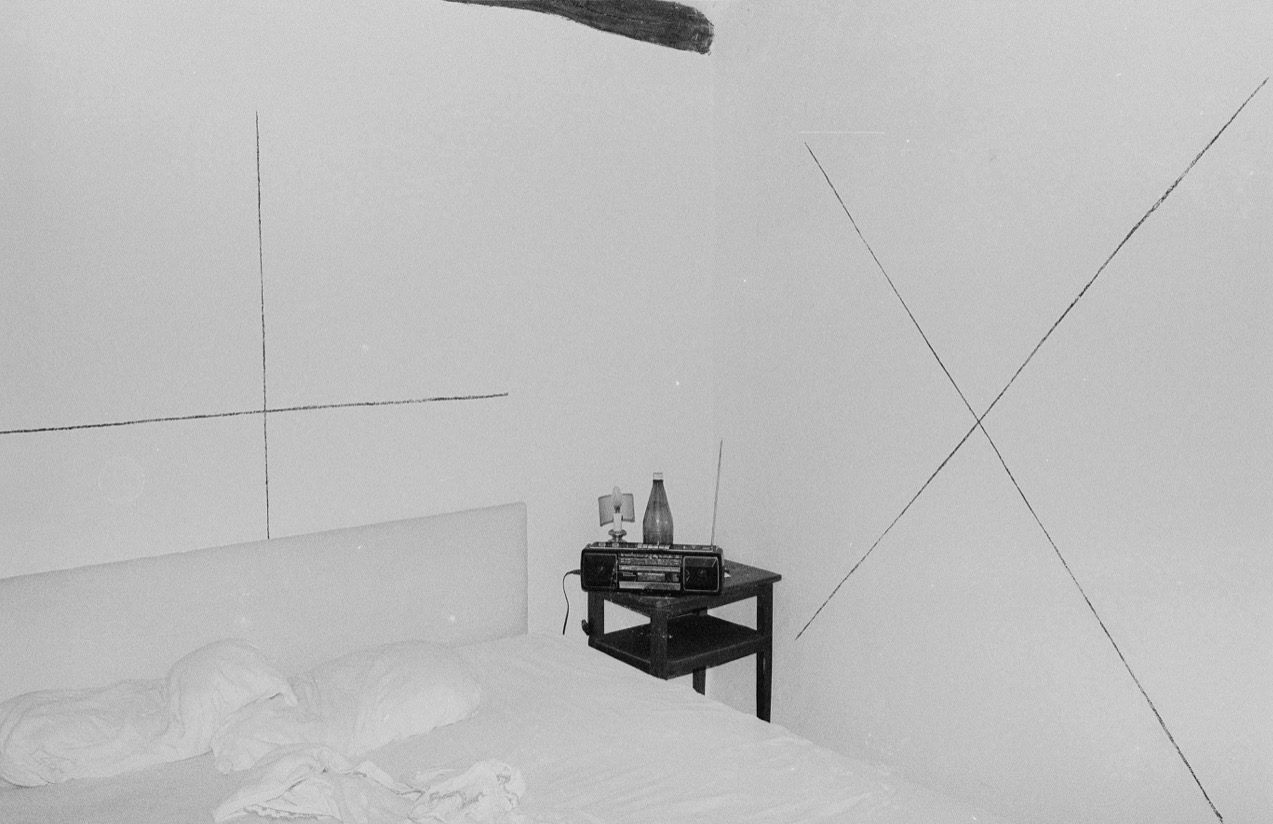 WAVES AND SIRENS Nicolas Jaar’s ‘Network’ curated by Anthony Tremlett
15.00 – 19.00 Torre Bonomo, Via Della Basilica, 5
Originally conceived as an artist’s book and website, Tremlett presents Nicolas Jaar’s multi-channel radio network as an installation across the rooms of a five floor medieval tower in Spoleto, known as the Torre Bonomo (pictured above). The exhibition incorporates Tremlett’s research at the De Donno Collection, Foligno, and connected Viaindustriae archive, into futurist sound and radio experiments.
Tremlett introduces his project: “In 1913, the Italian artist and builder of experimental noise-instruments, Luigi Russolo wrote his first manifesto L’Arte dei rumori (The art of noises) — a pioneering text that instructed modern sensibility to, ‘break at all costs from this restrictive circle of pure sounds and conquer the infinite variety of noise- sounds’. Twenty years later Filippo Marinetti and Pino Masnata wrote the manifesto La Radia (The Radio), and Marinetti began developing sintesi radiofoniche (radio syntheses). Together these manifestos and noise compositions explored the conceptual and sensorial density of wireless communication, alternating sounds, noises and silences through the complex use of interruptions and intervals. Sounds were unpredictably cut, pasted and mixed in montage, culminating in important temporal effects that manipulated the passage of time: ‘an art without time or space, without yesterday or tomorrow’.
Here in the Torre Bonomo, ‘Network’ (2016), a selection of conceptual audio works produced and compiled by Nicolas Jaar, are shown for the first time in an exhibition context and interspersed throughout the Torre’s rooms. Jaar’s radio world takes form as an online platform of semi- fictional interlocking radio channels built around chance operations, and invites users to sieve through 333 stations with a radio like dial and random number inputting system. Each audio space takes us on a journey into fields of abstraction, meditation, or straight-up confrontation that together seeks to give theoretical and contemporary consideration to the inherent possibilities of radio broadcast.
Selected stations for the Torre installation includeChannel #267 MATTA CLARK DEMOLITIONS which gestures towards the art of materialist noise and its physical sensations as it broadcasts a composition of noises collected from the structures that Gorden Matta Clark transformed into architectural and geometric cut-ups in the 1970s. Channel #138 The Tennis Underground plays with expectation and indecision as it endlessly transmits a tennis match without any hits of the ball. Moving upwards through the tower you begin to hear You Don’t Know What Love Is #9 and Billionaire Fm #35 which tease out more contemporary matters — the latter of which broadcasts a count down and commentary on the annual Forbes list of the world’s top billionaires one by one.
Accompanying the radion network is Jaar’s 2017 artist’s book of the same name, co-published by Printed Matter and Jaar’s record label Other People. Designed by Jaar, Jena Myung and Maziyar Pahlevan, the book takes the illogicalities of the radio network into physical, pictorial and written form. Together the puzzles, rhythms, and words of Network read as a meditation on the success and failure of our current social, political, and economic structures. The book and audio pieces stand as a series of experiments that probe our ability to perceive more than one medium simultaneously, or interpret multiple ambiguous images. No easy solution is offered for synthesising these worlds, leaving instead a suggestion of how we might draw meaning from their pre-existing relationships.”
Grace Weir ‘In Parallel’ and Jacopo Rinaldi ‘Futurismo Triste’
16.00 – 18.00 Cantina, Via Brignone, 18
Weir’s film ‘In Parallel’ investigates Euclid’s The Elements, a treatise on geometry written in 300BC; it asks how our concept of space has shaped self-perception. Rinaldi’s installation ‘Futurismo Triste’, commissioned by INbook OUTbook IFbook for the Artists’ Books Program 2018, in response to the De Donno Collection, Foligno, is a 21st century elegy for the Futurist Manifesto; a showcase and film which extracts material from its resting place in the archive, placing the futurist legacy in a ‘futurable’, contemporary environment.
Grace Weir: “The film In Parallel begins with the drawing of a straight line and is an exploration of Euclid’s Elements, a geometry book written in c.300BC. Second only to the Bible in the number of editions published on the invention of the printing press, it has been influential in both mathematics and philosophy through the axiomatic structures that Euclid’s work introduced. Considering the history of the concept of a parallel line whose repudiation led to other non-Euclidean geometries through a sequence of drawn geometrical propositions including the vanishing point of linear perspective, the film reflects on how the shapes of thought in which our beliefs are expressed affects our perception of ourselves within our environment.”
Jacopo Rinaldi: “Despite strong criticism, futurism developed a theory relating to institutions including museums, libraries and archives. According to the earliest instructions of the Futurist Manifesto, futurist artists claim the need to clear away the past, even when the past involves them: ‘The oldest of us is thirty: so we have at least a decade to finish our work. When we are forty, younger and stronger men will probably throw us in the wastebasket like useless manuscripts—we want it to happen!’ Futurismo triste (Sad Futurism) is a showcase for the Futurist Manifesto. It is a treason, but also the attempt to connect past, present and what can still be futurable.”