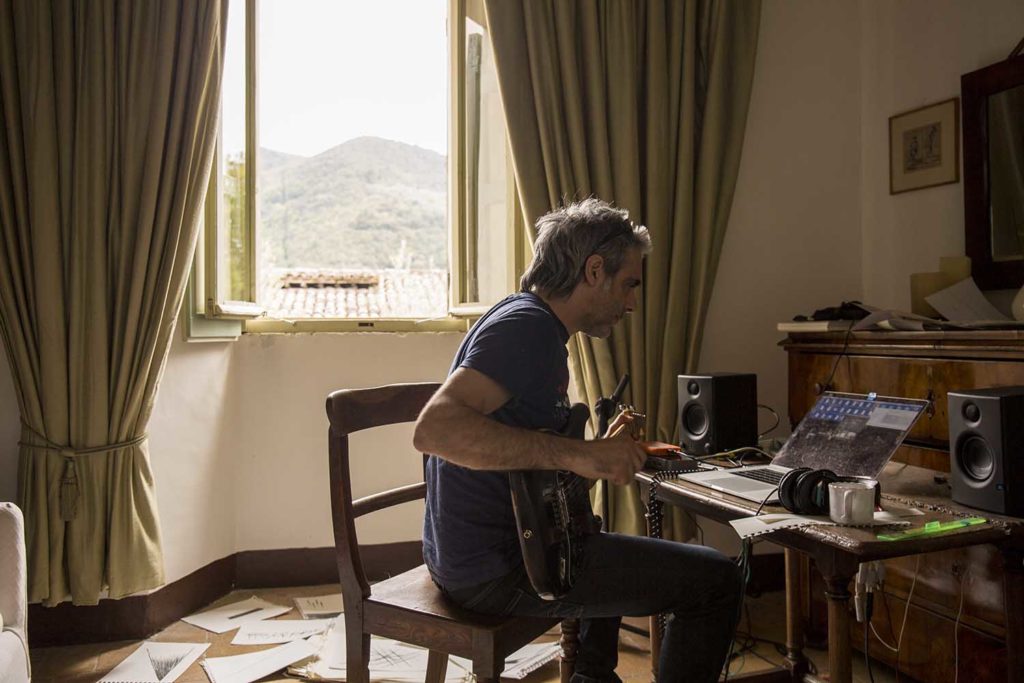 Dom Bouffard, pictured above in his studio at Casa Mahler, overlooking Monteluco, is a composer and performer working primarily with electric guitar. Whilst in Spoleto in spring 2021 he developed new music, particularly in relation to his drawing practice.

His drawings operate both as scores and records of performances and he has begun using them in live, improvised performances. He spent time studying and composing in the Torre Bonomo, paying close attention to the early Sol LeWitt wall drawings in the tower. A collaboration with Adelaide Cioni, artist in residence, also emerged during the session – Cioni creating her own drawings in response to Bouffard’s compositions. He is now working towards an artist’s book, bringing together his drawings and compositions. 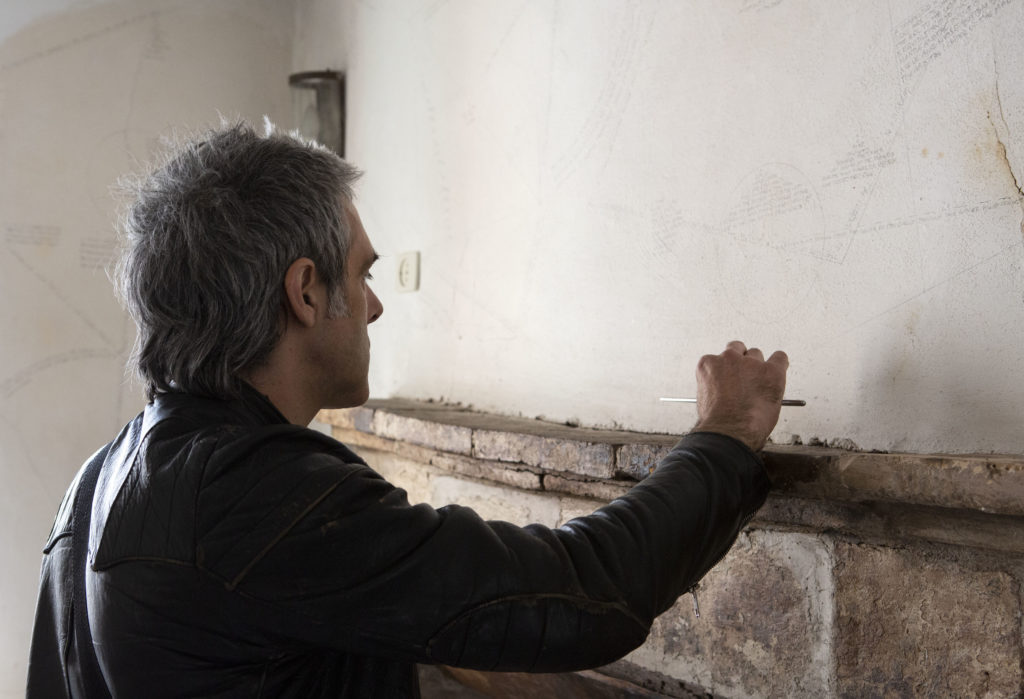 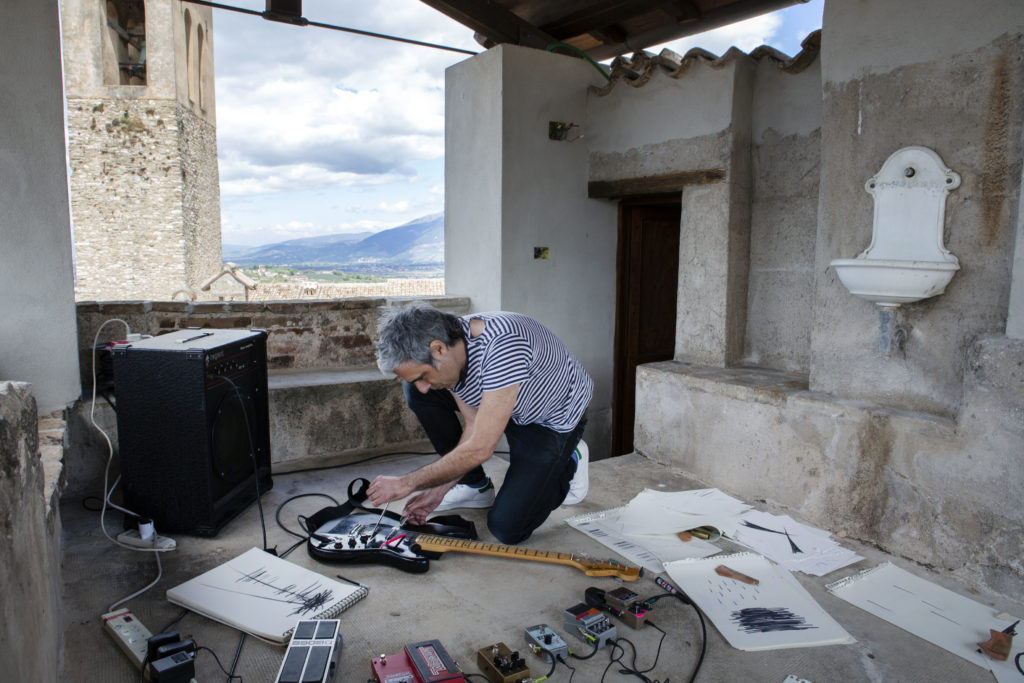 Dom Bouffard is a London born, Anglo-French guitarist, composer and sound artist. His work, which he describes as fractured punk, draws inspiration from many sources, including no-wave, improvised music, minimalism, acousmatics and noise. Often focusing on the use of prepared instruments, extended techniques and sonic dialogue with physical environments, he attempts to honour the electric guitar’s unique outlaw symbolism and heritage, while searching for new shapes.

In the early 2000’s he founded UK rock band Sona Fariq, later joining Queen Adreena, touring with both, worldwide. He has since worked with artists including Lou Reed, Rufus and Martha Wainwright, Daniel Hope, Lady Gaga and Coco Rosie and Budgie (Banshees/Slits/Creatures).

Along side stand-alone work, he has worked at the cutting edge of theatre and contemporary dance with artists including Robert Wilson, Victoria Chaplin and Aurelia Thierée, Charles Chemin and choreographers Marianna Kavallieratos and Jayne Porte. His radio works have been shortlisted for the Karl Szcuka and Kriegsblinden prizes. Tower of Babel, a collaboration with Wilson, won the 2017 Deutscher Hörspielpreis and his new multichannel immersive guitar work Vengeful Ghost was recently performed at Snape Maltings’s Festival of New.

He is currently researching use of embodied controllers for manipulation of sound in space at Iklectik Art Lab, London, in partnership with Amoenus and has an MMus in Music (Creative Practice) from Goldsmiths University of London.He is lead singer snd guitarist of London-based duo, Emperors of Rome.