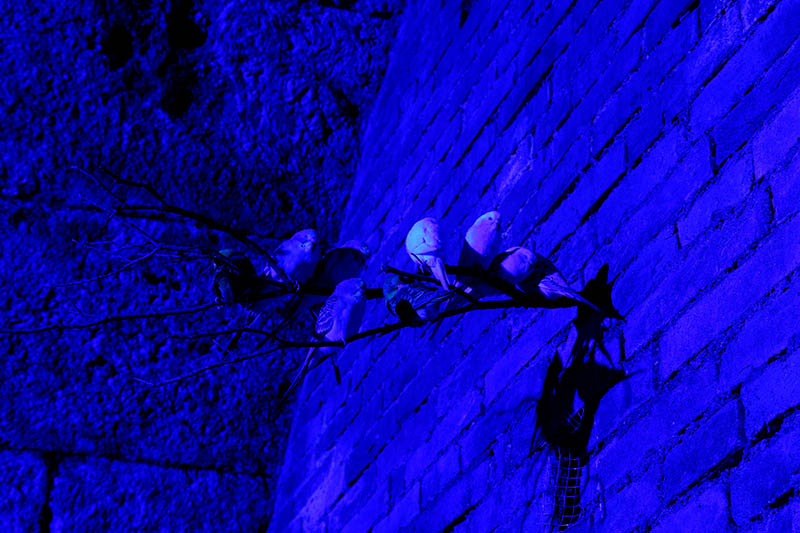 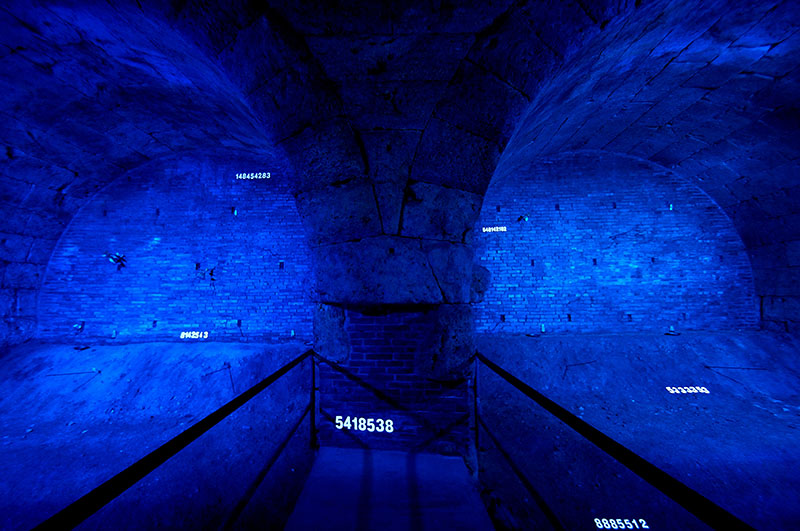 Giovanni Rendina carried out a year long curatorial traineeship, supported by the Erasmus program, assisting the program curator and directors in all aspects of running the organisation. As curator in residence on both of the sessions, Rendina had the opportunity to develop his own curatorial lines of enquiry. Here he explains his project with Mattia Pajè:

“Throughout the course of my traineeship, as well as developing good working relationships with several of the residents, I got to know the local art scene. In July I was invited by the Spoleto based artist Franco Troiani to present a project for the ‘Viaggiatori sulla Flaminia’ series. This series of events, which has been happening since the 1990s, takes its name from the Roman road which leads north from the town. The Via Flaminia facilitated an economic and cultural network — the trade of goods and, importantly, ideas — with a new kind of efficiency. Celebrating that connectivity, Troiani’s series connects several different events, sometimes sharing a theme, across a number of different spaces within a village, a town, a municipality or even across the whole region. The series to which I was invited to contribute was based in Spoleto. It took place across several of the towns bridges as well as at several other sites.

The bridge that I was invited to curate a project for, called Ponte Sanguinario, is now 20 feet below the ground. It is reached by a nondescript flight of steps sited in the middle of a busy intersection outside Piazza Garibaldi. It was built by the Romans and — with two of its arches beautifully exposed in an excavated cavern — is a valued archeological site.

I decided to invite an artist from Milan, Mattia Pajè, to create a work in this challenging space. He responded by creating an installation titled ‘Do you come here often?’ in which thirty parakeets lived in the bridge for the duration of the exhibition. Pajè described the installation as an “anomalous habitat” and compared the two arches of the bridge, which are dissected by a metal viewing platform, to the left and right sides of the brain. The parakeets were lit under UV lights, their different colour coats reflecting strangely, and as they flitted playfully from one arch to the other they seemed to represent the synaptic flashes of neural activity. Placed amongst the parakeets were a series of numbers, cut out in steel, which referenced the healing sequences theorised by the Russian pseudo-scientist Grigori Grabovoi. These sequences purportedly influence mental and psychological illnesses, generating the possibility of mental well-being in the viewer.”

Giovanni Rendina read drama, art and music studies at Bologna University before studying for his MA in Curating & Collections at the Chelsea College of Art UAL, London (2015–2016). His professional experience includes co-curating exhibitions at the Zabludowicz Collection, London, and Fondazione Zuchelli, Bologna, as well as assistant curatorial work at Chelsea Space, London. In March 2017 he curated the show A Slump at Gelateria sogni di Ghiaccio, Bologna, inviting the London based artist Andrew Mealor to a solo presentation.