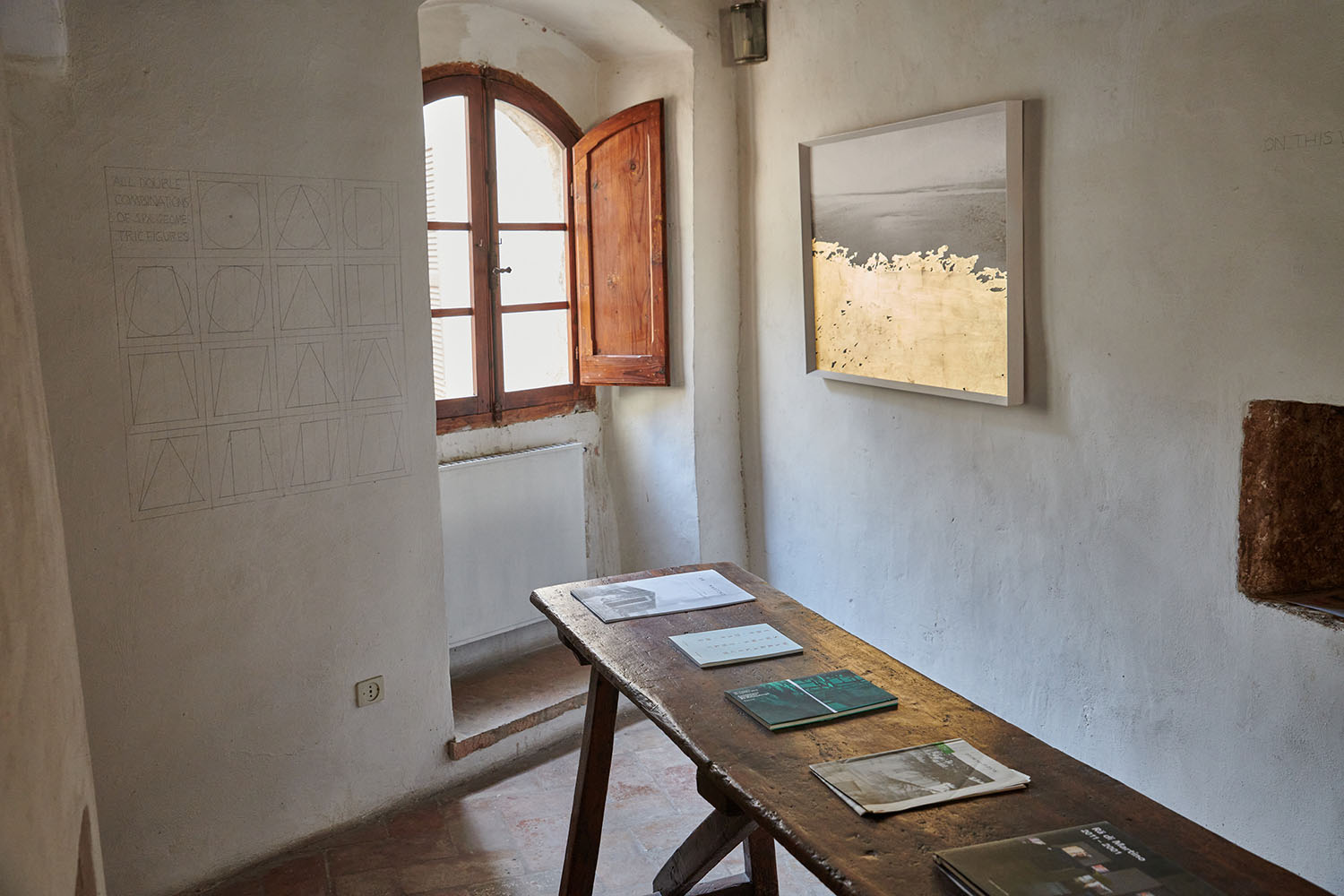 Rä di Martino (b.1975 Rome) joined us in Spoleto as a resident on the 2021 Summer Session. She worked with her gallery in Rome, Galleria Valentina Bonomo, and presented an exhibition of her ‘Allunati’ series in the Torre Bonomo, as part of the Festival dei Due Mondi 64. More info>>

Di Martino’s work deals principally with our perceptions of reality and fiction, drawing attention to the absurdity of their representation. The artist’s background in theatre and her passion for film emerge not just in her videos, but in photographic and installation work. Sets, actors and props are used variously to pick apart subjects as diverse as human relationships, cinematographic traditions, the theatre of war, and the fabrication of history.

Artist Biography Di Martino studied at Chelsea College of Art and the Slade school of Art in London before moving to live in New York between 2005 and 2010. Today she lives in Turin. She has shown nationally and Internationally at institutions including Tate Modern, London; PS1-moma, NY; Palazzo Grassi, Venice; GAM and Fondazione Sandretto Re Rebaudengo in Turin; MACRO adn MAXXI in Rome; NIMK, Amsterdam; MCA, Chicago; Bronx Museum, NY; Artists Space NY; Kunsthalle Athena, Athens; Museion, Bozen; Magasin, Grenoble; HangarBicocca & PAC in Milan. She was included at Manifesta7,  at the Busan Biennal and the Turin Triennal and has participated in International Film Festivals including KunstFilmBiennale, Viper Basel, Transmediale04, New York Underground Film Festival, Locarno Film Festival, Kassel Video & Doc Festival, Impakt Film Festival, Torino Film Festival and recently participated in the Venice Film Festival winning the SIAE Award, Gillo Pontecorvo Award and a Nastro D’argento for best docufilm 2015. In 2017 she presented her first feature film “Controfigura” at the Venice Film festival. In 2018 she won a production and exhibition award from the Italian Council which included the production of a new video and a catalogue with an exhibition in Rome and Museum ST Gallen, CH.