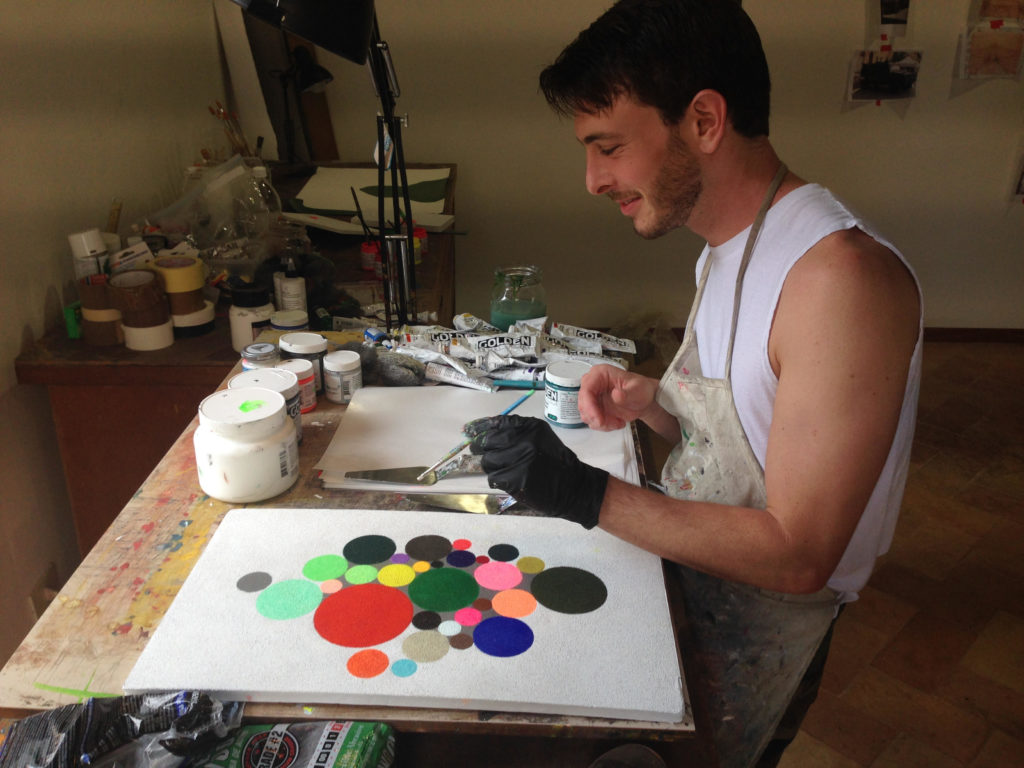 Working from the LeWitt studio, Sam Lipp began a series of new paintings whilst on residency and started to bring together drawings and photographic material for a forthcoming exhibition. His paintings are often built up in acrylic, labour intensively, using steel wool. Whilst many of his images, including text pieces, are direct in their content, overtly dealing with prohibitive structures of civic life, his more abstract pieces act as junctions, like signposts or hoardings emptied of intention, which offer the viewer some kind of agency. Sam also runs a gallery from his studio in New York called ‘Queer Thoughts’, supporting work with a post-identity perspective often in line with his own work. The undistracted studio time he was afforded in Spoleto was therefore all the more precious.

Sam Lipp (b. 1989, London) is an artist based in New York, where he also directs the gallery Queer Thoughts. He received his BFA from the School of the Art Institute of Chicago (2011). His practice incorporates drawing, sculpture, video and photography, but is primarily focused on a body of acrylic paintings that utilize steel wool as a paint brush. Solo exhibitions include Balice Hertling, Paris (2019); MAK Center, Los Angeles (2017); Bodega, New York (2016); Central Fine, Miami (2015); and Neochrome, Turin (2015). His work will be featured in the forthcoming survey ‘Michael Jackson: On The Wall’ at The National Portrait Gallery, London; the Grand Palais, Paris; The Bundeskunsthall, Bonn, and Espoo Museum of Modern Art, Finland. Other group exhibitions include Bonny Poon, Paris; Kate Werble Gallery, New York; Night Gallery, Los Angeles; and Arcadia Missa, London.

Queer Thoughts is an art gallery in New York City directed and owned by Sam Lipp and Luis Miguel Bendaña. The gallery was founded in Chicago 2012, and relocated to Manhattan in 2015. It has presented the first solo exhibitions by Puppies Puppies, David Rappeneau, and Diamond Stingily, among others. The gallery is currently presenting a two-person exhibition by Los Angeles based painter Monica Majoli and London based filmmaker Ruth Novaczek. 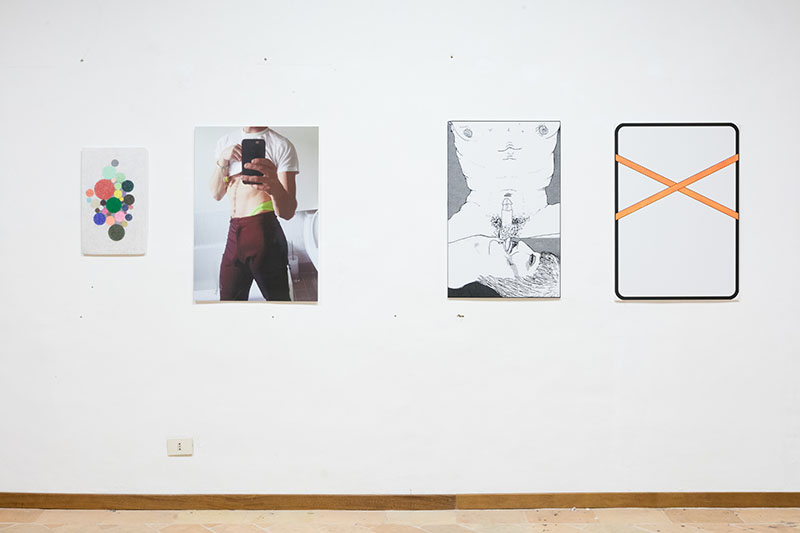 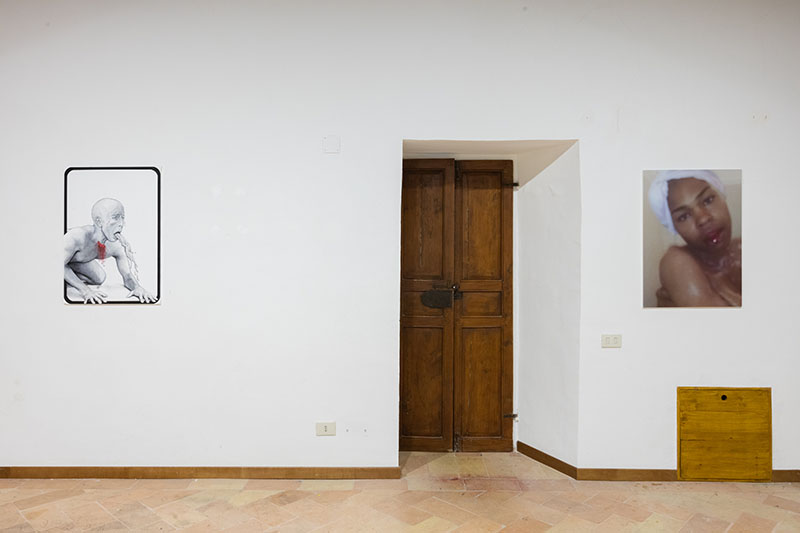 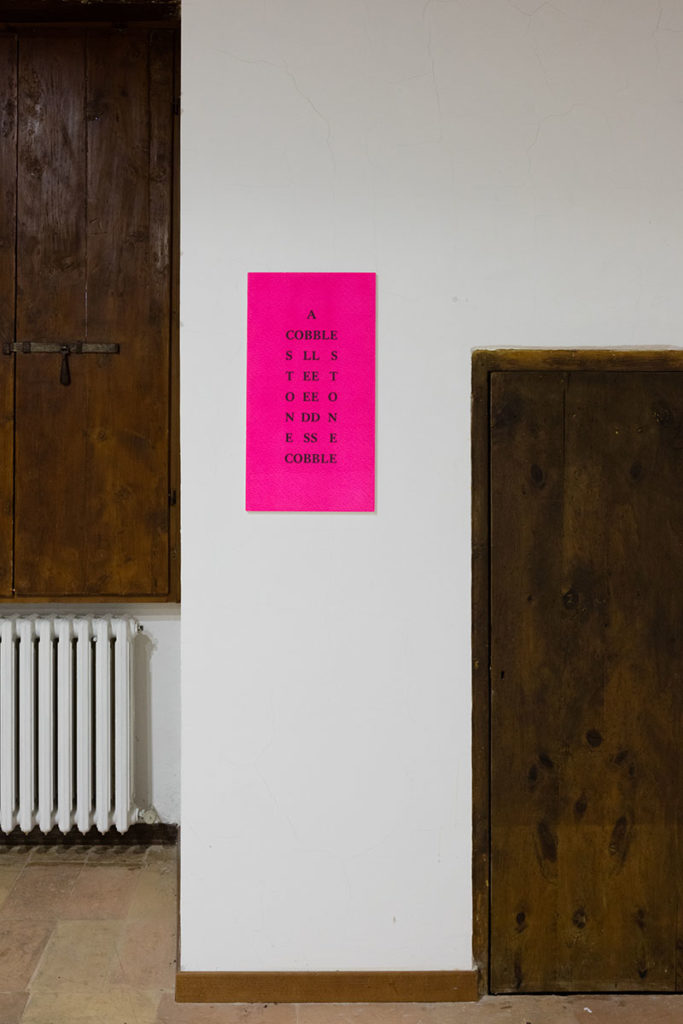 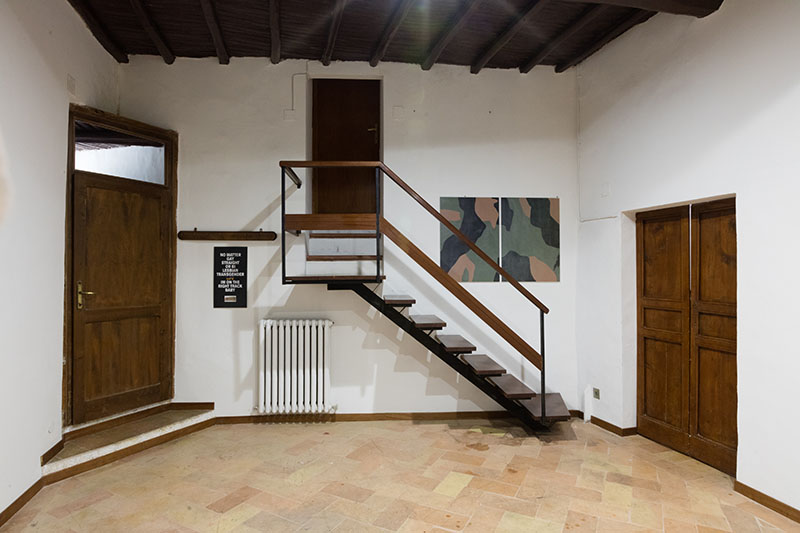 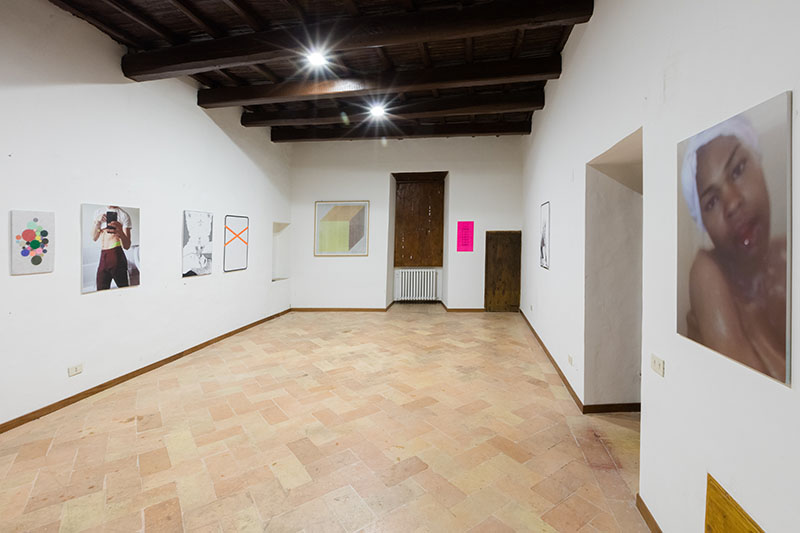